Last month the WPA was delighted to run a transatlantic online roundtable with Debbie Jackson, a senior director at Westminster City Council and Rosemary Scanlon, a leading expert in on the economy of New York. The event was focused on exploring how London and New York’s central areas have been affected by the pandemic and how they are reinventing themselves to secure a lasting future.  Big questions around the future of work and urban economies were discussed.

In broad terms, these two great iconic cities and old rivals have much in common. They are global centres of finance, education, professional and health services, the creative industries, art and fashion.  They share some similar underlying economic and demographic characteristics.  Both cities have populations of around nine million people and lie at the heart of wider city regions with 24 million people a piece. Before Covid, unemployment rates were not hugely dissimilar at about 4% and both had enjoyed sustained periods of economic and employment growth.  London and New York are magnets for tourists and business travellers, attracting tens of millions of international visitors. In 2019 London saw over 21 million, New York 13.5 million (plus many more domestic tourists). They are both highly dependent on public transport. Subway ridership was around 1.7 billion passengers in New York (2019), 1.5 billion in London (excluding the south-east wider rail commuter network).

New York’s economy is bigger than that of London’s at around $1.1 trillion in 2019 vs $620 billion.  This is in part explained by the very high salaries (and scale) of New York’s financial services industry. They also pack them in over there; the city that never sleeps has about double the population density of London.  During Covid, both places have inevitably suffered – but to varying degrees. New York has recorded around 34,000 deaths whilst London’s has been around half of that number.  In economic terms, London’s economy shrank by some ten percent in 2020; New York’s by just under six percent.  Unemployment has risen to just under seven percent in London and a much higher 12.4% in New York. Meanwhile mass transit ridership has slumped; with 2020 levels down by around four-fifths in London and two thirds in NYC.

Both our speakers outlined many of the challenges, ideas and initiatives that are shaping central areas of their two cities. As a result of Covid, the West End has seen a dramatic fall-off in footfall.  Its cultural and entertainment venues, shops, hotels, restaurants and retail sectors were all hit hard by the pandemic. By some measures, footfall was down by as much as 95%. The West End is a major centre of employment in professional services too. With over half a million workers, office based sectors have seen a dramatic decline in commuters coming into the area. A loss of tourist traffic rounded off a “perfect storm” for the heart of London.

To respond to these challenges, the City of Westminster has launched a raft of initiatives.  Over the shorter term, business support – funded with national government help – has been made available to many businesses.  This has taken the form of one-off grants, business rate relief and furlough payments.  One of the more eye-catching initiatives has been Westminster facilitating al fresco dining. This has allowed thousands of seats to be provided boosting restaurant capacity and helping to overcome the challenge of social distancing in indoor spaces. Longer term, as part of a transformation of Oxford Street, plans have recently been announced for two new piazzas at Oxford Circus. With the retail sector already undergoing structural changes that have been accelerated by the pandemic, these will form part of a wider, long term strategy to allow the West End to take advantage of the opportunities that the opening of Crossrail will bring.

Manhattan’s experience has in many ways been similar to that of the West End. It too saw its theatres darkened and restaurants and shops shuttered. A dramatic fall off in commuter numbers combined with a loss of tourists has had a deep impact on the heart of New York’s economy.  However, there were signs of resilience in the centre of the city perhaps underpinned by higher residential densities compared to London. Approximately three times more people live within a short walk or cycle of the centre of New York compared to London.  A shift to stay at home working has arguably been less damaging than for central London.

In terms of specific initiatives, New York “went early” with its remodelling of Times Square in 2017 – designed to tame traffic and make it more attractive to pedestrians.  This has not been without its challenges. As with Trafalgar Square, large pedestrian public spaces need constant management to prevent them from becoming areas for “costumed characters” and petty crime.  New York has seen a big growth in outside dining facilities although not on the scale of central London. One estimate suggested the number of places in Manhattan was around a tenth of that for the West End.  And unlike London, New York’s transport system appears to have been treated with a degree of generosity by its (federal) government.  An $8 billion (£5.8 bn) package of support was provided in 2020 with a further $6 billion (£4.4 bn) earmarked in 2021. In contrast TfL has been drip-fed funding. It is yet to see a lasting package of help put in place.

In terms of a return to some sort of post-pandemic normality, questions for both cities remain. Perhaps the biggest conundrum is how working patterns will change and what the long-term impact on real estate and the wider “down town” economy will be.  There was a sense in the discussion that New Yorkers might be under more pressure to get back to the office.  Some Manhattan employers are offering staff cash incentives to commute back in. High-profile US financial services companies have talked about staff being back at their desks on a full-time, regular basis sooner rather than later.

It was clear that London and New York have much to learn from each other and with the right sets of policies in place, both should be able to prosper going forward. For London, a key question remains as to whether central government will give London government the powers and resources and indeed political support it needs to not only recover but to play its full role in supporting the national economy’s return to growth and prosperity. 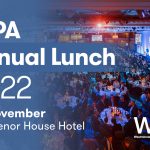 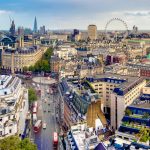 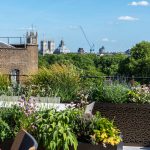